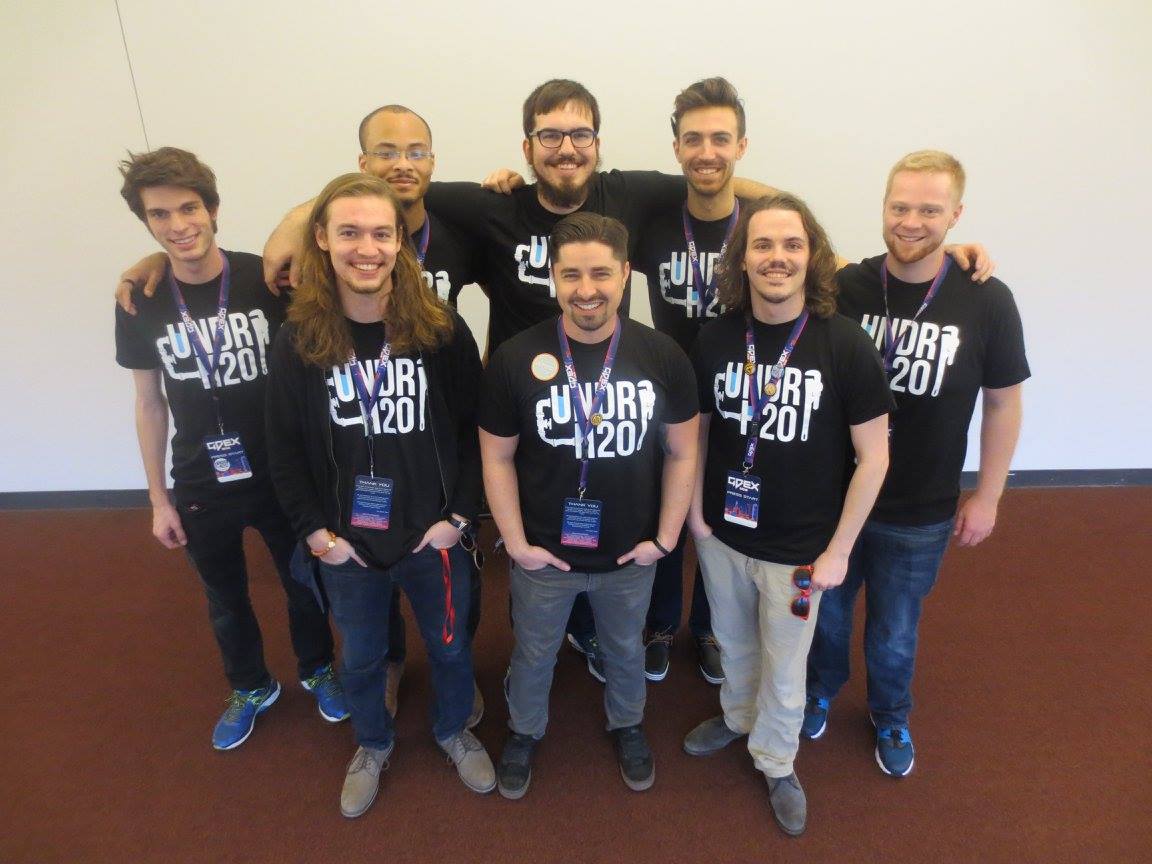 After GDEX: What We’ve Learned

We’ve been away for a while, but we’re back and ready to chat about our incredible experience at GDEX last month.

As you may know, we exhibited UNDR[H2O] at GDEX over Halloween weekend this year. GDEX is a gaming convention in Columbus with a major focus on local indie developers. We fit the bill and had the chance to show off our project to the crowd that weekend. It was the perfect opportunity for us to finally get players into the world of UNDR[H2O] and also receive some really great feedback on our current build of the game.

First of all, we were absolutely floored by the positive response we received. From the bottom of our collective heart at GuessworkVR, we give you all a huge THANK YOU for playing our game. We loved seeing the smiles on your faces as you tinkered in the world we’re creating.

We’ve put a lot of effort into UNDR[H2O] and it’s great to see our hard work paying off. We make games because we love to, but it hardly compares to seeing other people play our creation firsthand. So, once again to those who played UNDR[H2O] that weekend, thanks for being a great test audience. You rock!

Now that the sappiness is out of the way, let’s dive into what we learned. We conducted a quick Google Forms survey with every player after they took off the Vive headset. We asked a handful of questions to gauge what they thought of the early build of UNDR[H2O]. The plan was that we could take what we learned, go home and make the experience better. After all, we know we have a long way to go before the game is ready for launch, and we want to do our best to listen to the players and give them more of what they want.

In the responses to those questions, we learned that the majority of players were left with a great first impression. We’re confident that we can deliver on a game that keeps being fun throughout, so if your initial impressions are any indication, we really think you guys will like the rest of UNDR[H2O] when it’s ready.

We also learned that almost half of our players had never tried virtual reality before, and almost 3/4 had never used the HTC Vive headset before. We’re honored to be the ones who could give you your first experience with VR. We hope it proved how awesome VR can be! After all, we’re pretty sold on it being the future of gaming.

On another high note, it turns out that you guys love the art style we’re going for with UNDR[H2O]! We think it looks pretty slick so far, and we’re glad to see you agree.

But not everything was fine ‘n’ dandy with the build we showed you last month. The build we showed was a work in progress and was far from perfect, but hey, that’s just how game development goes. Luckily, you guys pointed out some bugs we hadn’t caught yet, and you suggested some improvements we could make that we hadn’t even thought of yet.

Photos of us hanging out at our GDEX booth (Credit: Taylor Rohrig)

For example, feedback from our survey shows us that the duct tape doesn’t work quite as well in our current build as we hoped. In fact, nearly half of our GDEX players cited the duct tape as the toughest tool to use, partly because it wouldn’t always apply to the pipes when the players tried to use it and because it could only be applied in one direction. We’re working on making the duct tape more intuitive and easier to use!

Many of you want the game to be even more hectic, so we’re adding a feature that causes tools to break from time to time. If your hammer breaks, you’ll need to scurry around to try to find another one. We hope it’ll make the gameplay even more manic and fun.

We also received a handful of other suggestions that we’re working on as well. We’re dedicated to delivering on what you want in UNDR[H2O], so stay tuned for more details on everything as we dive further into development.

And just because we can’t possibly say it enough, thank you again to everyone who came to GDEX and played our game. Thank you for the great feedback, and we hope we’re creating something you’ll want to keep playing.

For those who haven’t seen UNDR[H2O] in action yet, it was recently featured in an Indie Spotlight video on Play Legit Network. Feel free to check out the video below, and we’ll be back soon with more updates on our game. We can’t wait to show you what’s next!